OUR LIPSTICK HELPS BUILD SCHOOLS, WHAT DOES YOURS DO? 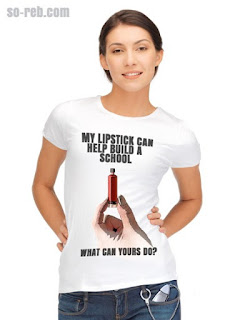 Sophisticated Rebel has always been more than a cool lipstick… SO MUCH MORE!

We believe that every business should have 3 elements to be considered successful.

1. A company should provide an excellent product or service.
2. A company should make A LOT of money (if not, it should be a non-profit).
3. A company should use its success to improve the community around them (whether locally or globally).
It should use its social leverage (social media reach and voice) to bring awareness, educate, encourage, promote & praise those that are already doing the things to create change.  It should ALSO use its success to financially support organizations that are in the trenches daily doing the work to make the world a better place.  Companies like Tom's Shoes and  Warby Parker are great examples of companies that are already doing this.

The third element is why we created "Rebel with a Cause", a non-profit fund that grants money to charities that embody the sophisticated rebel spirit.   A portion of our profits go into the fund and that money is then granted to charities through an application process.
The charities might be organizations that are providing scholarships for girls who want to study engineering, protecting women in countries where their safety is threatened daily,  a group that promotes positive body images, anti bullying, etc…  The example I often use is Malala Yousafzai, the Pakistani girl who was shot for trying to get an education and is now helping other girls get educated.

RWAC has been a part of Sophisticated Rebel since its inception.  We wanted a business that would provide a vehicle that could do big things to help women.  Lipstick seems like such a perfect fit… it is the cornerstone of what women wear to feel feminine.

There are a lot of women that would love to be able to help women and girls that are less fortunate, but they often don’t have the time or financial means to do so.
Now millions of women can help others around the world by simply buying a lipstick (and a pretty darn cool one too).


I invite women everywhere to join our tribe, buy some lipstick and be part of a movement that is changing the world!!
~ Kasten
Read more »
Posted by Unknown at 1:48 PM 22 comments:

How a Chinese Tennis Star took on the Communist Chinese Government... and WON 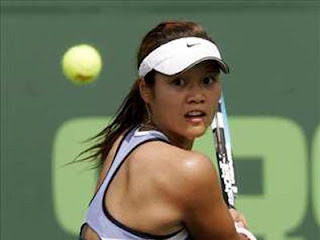 Li Na – Tennis Phenom, took on the Chinese Government and WON!  She became the 2nd highest paid female athlete in the WORLD.  Her rebellion, determination and talent changed the rules for athletes throughout China… thousands of girls in China strive to be just like her.   She is brave, determined, smart and beautiful and we are proud to showcase her as a Sophisticated Rebel.
Here is a recent interview with Li Na on 60 mins… it’s 12 mins long and worth every second.
Interview with Li Na
Li Na, Sophisticated Rebel thanks you! 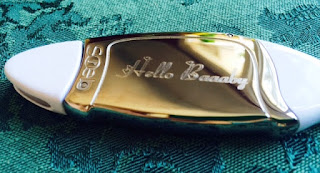 One of our first customers and biggest supporters is a wonderful lady named Lauralee Finke (she also happens to be my cousin-in-law).  Earlier this year, her ailing father's health took a turn for the worse and it was evident he only had a few days to live.  Lauralee rushed to the hospital in Nevada to be by his side with the rest of her family.
At one point Lauralee took out her Forever Blade and began to apply her lipstick... her stepmom quickly asked, "what is that?" Lauralee explained that it was a Stainless steel, refillable lipstick applicator that Andreas's (her late husband) cousin (me) invented.  She explained that it was flat so it fit in her pocket and that she had the company engrave her name on the side.  Her stepmom loved it and commented that she wanted to order one for herself.  Lauralee figured she would be too busy dealing with the loss of her husband to order a blade and had planned to order it for her as a Birthday gift.
Well within a few weeks we (Sophisticated Rebel) got an order from the stepmom (Michelle).  I didn't know anything about what had happened in the hospital, so I reached out to Lauralee and told her that her stepmom had just ordered a Forever Blade.  I mentioned that Michelle didn't order any engraving and asked if there was a special nickname her dad had for Michelle that I could engrave on it for her.  Lauralee told me how her Dad would always greet Michelle by saying, "Helllllooooooo Baaaaaaabbbbby"... so that was what I engraved on her applicator!  Before shipping the order, I wrote Michelle a not explaining how I knew what to engrave and that I hoped that every time she applied her lipstick, that she thought about her late husband (John) giving her a kiss.
I later heard that when Michelle received her order, she was speechless over the engraving and note.  Although she said it made her cry every time she looked at it, she assured me they were tears of joy and that it made her feel as though her husband was right there with her every time she put on her lipstick. She is THRILLED that it is refillable because she takes it with her every where she goes and says she will cherish it until the day she meets the lover of her life in Heaven! 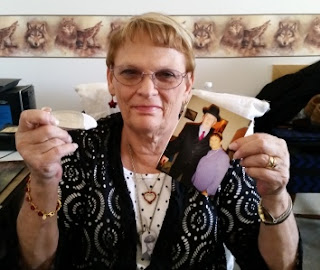 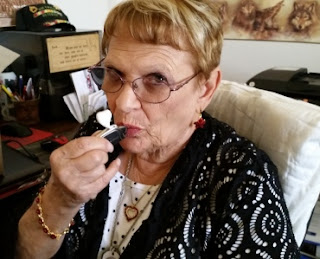 Custom engraving does more than make each Forever Blade personal and unique... it has the power to keep the memory of a loved one alive, to help a sweetie express how much they fell about their significant other, or to have a motivational or inspirational message close by as a reminder...  It has the power to do any or all of things every time someone applies their lipstick!!

What would you have engraved on your Forever Blade??
Log onto the site to see some examples of what our customers have had us engrave on their Forever Blades: http://sophisticatedrebel.com/pages/gallery 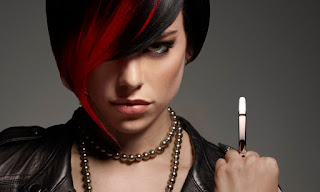 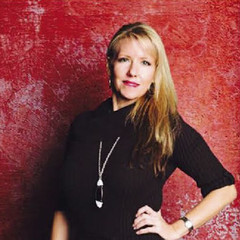